A day on the high seas of Sydney.

On June 18th my family and I were invited on a private Sea Shepherd whale watching cruise around Sydney Harbour.
The morning begun meeting up with some friends and having a chat as you do.
Around 12.30pm we begun to board the boat that would take us through Sydney heads on a 3 hour trip.
The Captain then told us that the waves we would experience were going to be be between 2 and 3 metres….oh my hold on tight.
We took it slowly leaving Darling Harbour heading past the Quay and looking at the sites along the way and I found myself looking in the harbour for any wildlife that might be about.
Once we got to the heads we could see the change in the waves and how it had started to become rocky.
Once through the heads it was all a changing as it was like being on a roller coaster as we were up and down and water was spraying in the boat and we were no sooner in the rough seas and there was a pod of 2 amazing humpback whales as they were massive they had made their way from Bondi heading towards Manly.
For a long time we cruised along with these amazing animals and all of a sudden there were another 2 but not many people were focused on the whales as a lot of people became sea sick and I mean sea sick even my Mum lost her sea legs and normally her sea legs are pretty good she was not sick but was a bit off colour I seemed to be ok as people were shocked with how well I was with the waves,the rocking and rolling and the boat going side to side.
Anyway we were then joined by some lovely sea birds with their massive wing spans how lucky were we?
So lucky.
We followed the pod of humpbacks to Manly many were like oh land give me land haha.
I have always admired Sea Shepherd Captains and the conditions they must work in being out on the rough ocean seas but after Sunday my hat really does go off to them as we were in 2-3 meter waves nothing to the 20 metre waves in Antarctica.

The ocean sure is an amazing place and these animals make it even more amazing.
I wish the pod of humpback whales a safe journey up to the Great Barrier Reef and may they have calmer seas along the way.
Once we got through the heads back to calmer water of Sydney Harbour the green gilled people were starting to feel so much better and started to return to their normal colours as well.
It was an amazing day so pleased I was invited along exploring the oceans,saving the oceans,educating people about the oceans.
Ariana
Ariana’s Ark
a black browed albatross 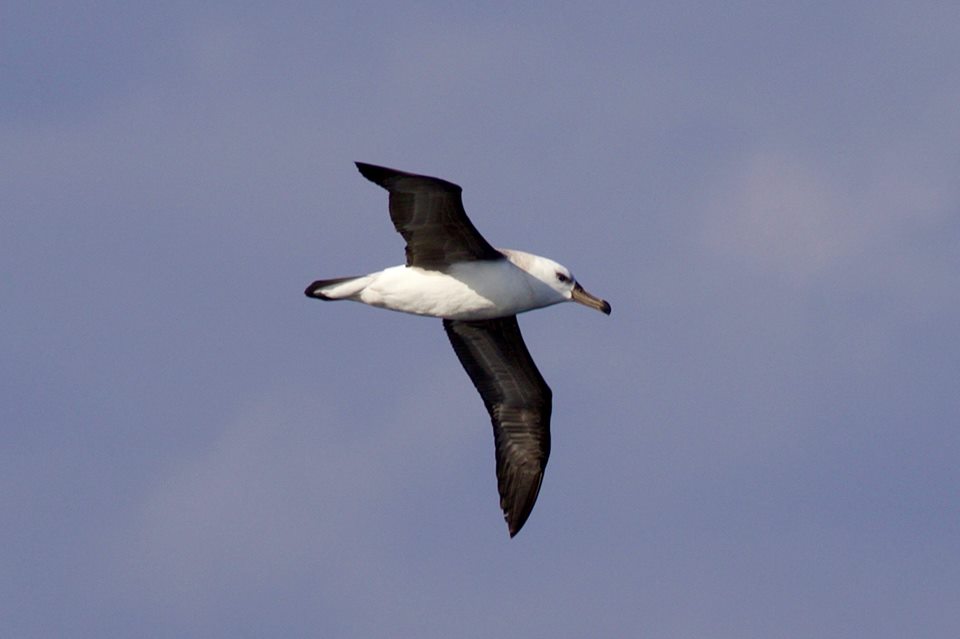